Hot on the heels of release 59 two weeks ago, comes release 60. This is a minor release, consisting of over 20 miscellaneous improvements and fixes, with a couple of noticeable new features:

You can now use boolean conditions (AND, NOT, OR) in your search terms, for example:

Boolean conditions must be uppercase. Alternatively, you can use a plus symbol before a term to specify it must be included (i.e. AND), or a minus symbol to say it must not (i.e. NOT). For example, the third query above could also be searched for using:

Regular search terms (e.g. Apple revenue) will behave as normal, which defaults to AND behavior, i.e. results must include every word in your search query (Apple and revenue). 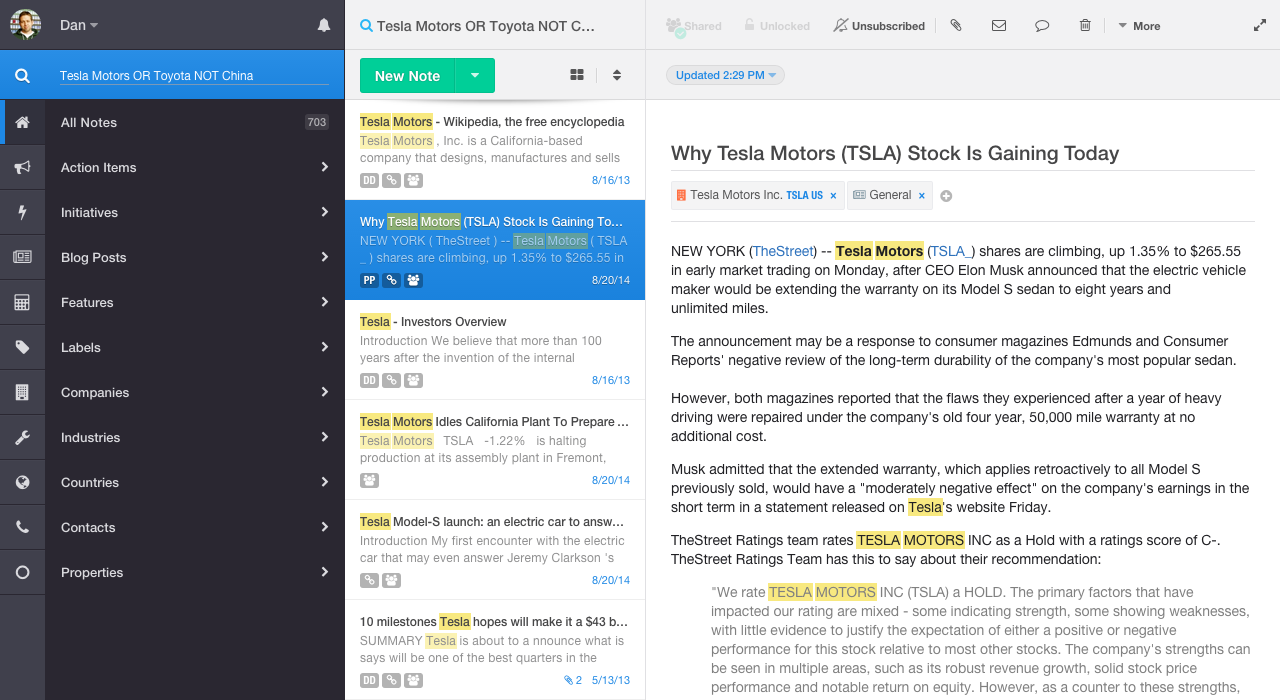 We announced the Pipeline Funnel View in the last release, to help analyze the state of your idea and investment pipelines. In this release, we’ve added three more analytical views to the pipeline dashboard to help make sense of the historical flow of your idea pipelines, and hence improve the efficiency and quality of your future workflow and throughput.

The historical view presents the historic trend in open projects, on a monthly basis. The graph at the top displays how many open projects there were in every stage of a pipeline at the end of each month.

The statistics section at the bottom displays the trend in the age of projects. This is the number of days, on average, that a project spends in each stage, per month. 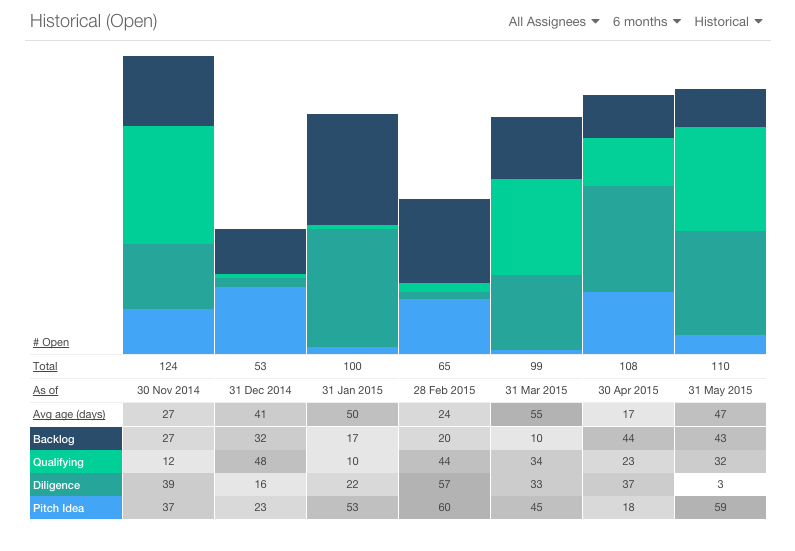 The Success view presents the historical outcome of projects on a monthly basis.

As well as listing the total number of projects that were created per month, the graph at the top displays what happened to the projects from that month – did they go on to be successful (green), failed (red), or are they still open (blue).

The success rate at the bottom represents the percentage of projects created in each month that eventually went into a success stage, e.g. an Idea that became an Investment. 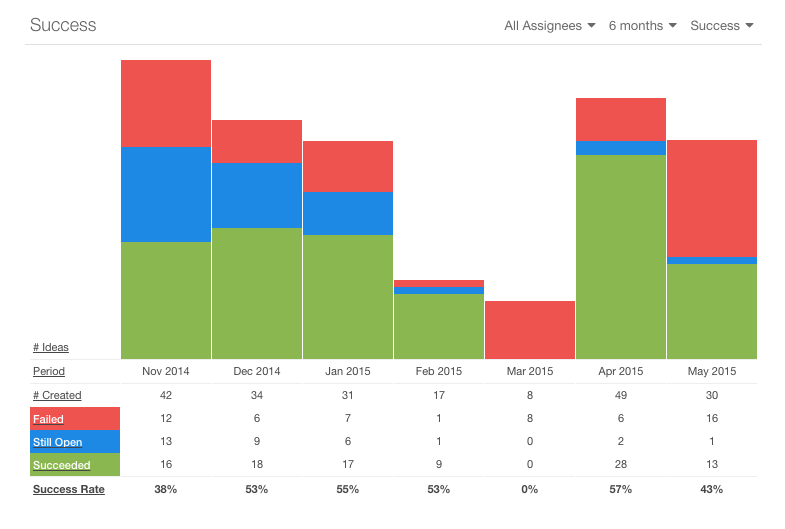 The flow view depicts how the pipeline changes on a monthly basis.

This allows you to look at the aggregate of ‘new projects’ (blue) vs ‘closed projects’ (red/green) to see whether or not you’re building up a surplus of projects over time – e.g. are you adding more Ideas than you’re closing every month?

The flow rate at the bottom is a simple difference of the created versus closed projects, to help you see when you tend to create a surplus or deficit of projects. 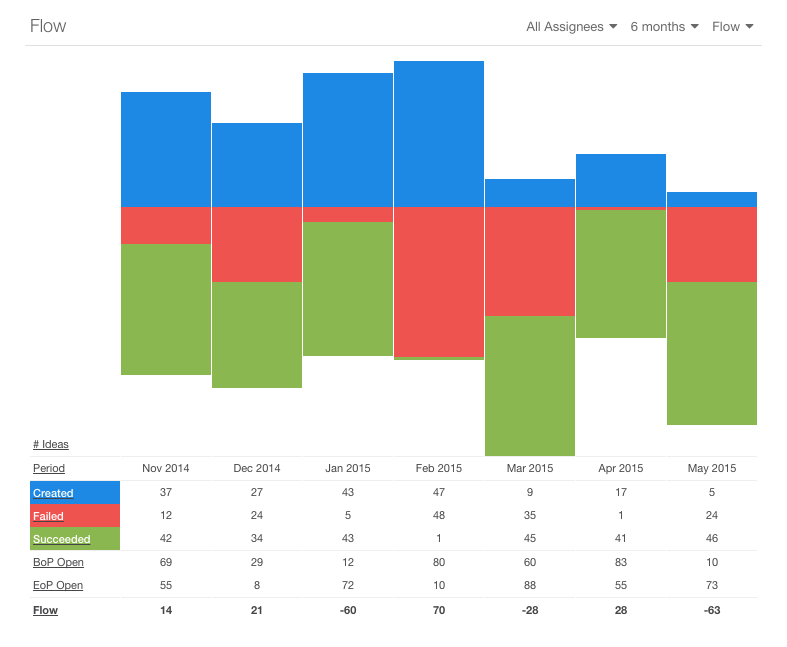 As usual, let us know if you have any suggestions or feedback about Bipsync Research Management Software.