“The largest tech conference in the world” was held last month in Lisbon. I was lucky enough to get the chance to go, and thought it worthwhile sharing some of my Web Summit experience. In this blog, I’ll walk you through a few things I learnt in how to navigate a conference of this size, and point to a few takeaways and topics that really caught my eye.

Things to Know about Web Summit

I’ve never been to such a large conference, the sheer scale of this event really hits you as you walk in and make your way to center stage. En-route from the entrance to center stage you go past at least six other mini-conferences being held concurrently, countless start-ups exhibiting, pitches, workshops and enough street food stands to almost feed the 60,000 attendees. 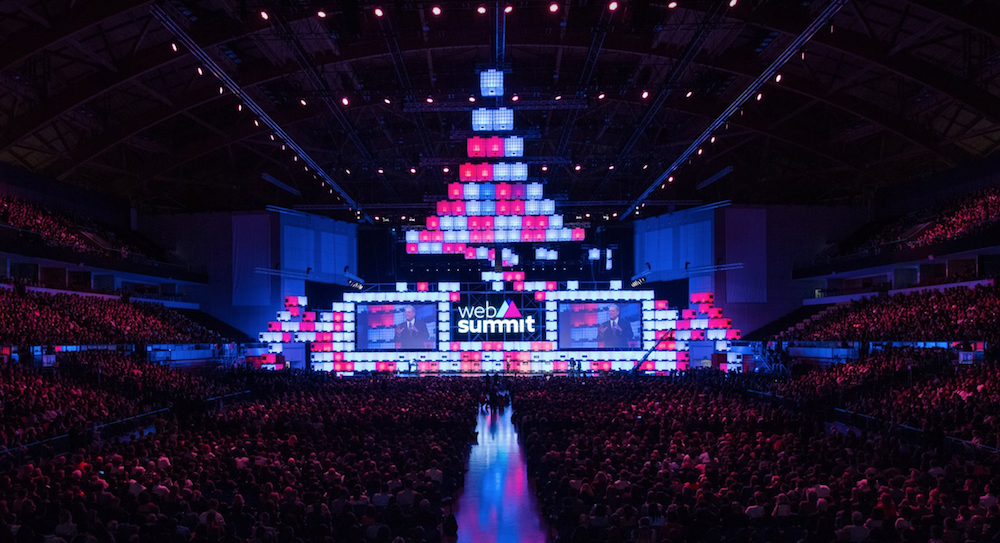 That many attendees in three exhibition halls and one arena does create some traffic problems. Unfortunately there were just too many talks for me to see. So we didn’t get to all the sessions we wanted, and I did spend a lot more time at center stage than elsewhere, just because I could not get out in time to travel to others!

But enough ranting about the queues (this can’t be helped, I am British after all) and onto the talks themselves.

The topics were wide ranging, and I certainly got a taste of everything in my few days there. However, to make the most of it you do need to focus-in on one of the sections. For me, I am keen on electric vehicles, environmental/green tech, space tech, cycling and as I also work here at Bipsync, this left me attending Planet: Tech, AutoTech, FutureSocieties, Startup University & the Center Stage. This was perfect for me – definitely had the best of everything.

The majority of talks were in a moderated discussion format, which I found worked very well, especially considering these talks are more high-level than the regular specialized tech conferences I am used to attending. I certainly enjoyed this format much more than any other conference I have been to before, and I left feeling inspired and energized.

There were various fun mini events too, such as the Nasdaq opening its market remotely from Lisbon where I found myself live on Times Square’s big screen (although I am a shadowy audience member, I swear I was right there!) 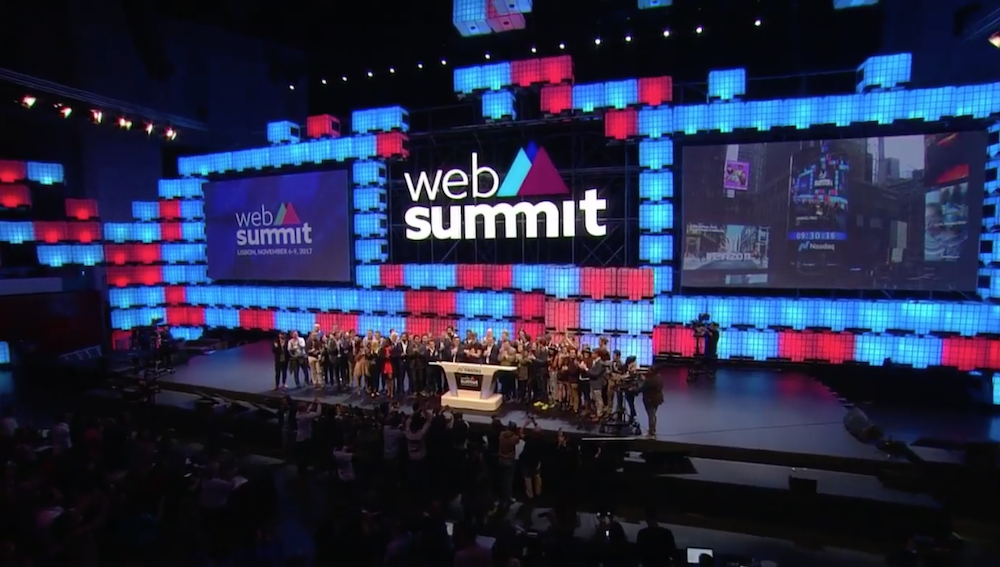 My favorite talk was the closing by Al Gore, “The innovation community’s role in solving the climate crisis”. Partly because I’m just a fan, and engaged in his environmental cause and climate change activism, and partly just due to the fact that this man is a trained public speaker. He knows exactly how to engage and motivate an audience and energized everyone in the stadium. You can go watch this talk (and almost all the others) on the WebSummit facebook page, rest assured that it does not get too political, but I don’t think Mr. Gore could really help but mention the current political situation he finds his country in. 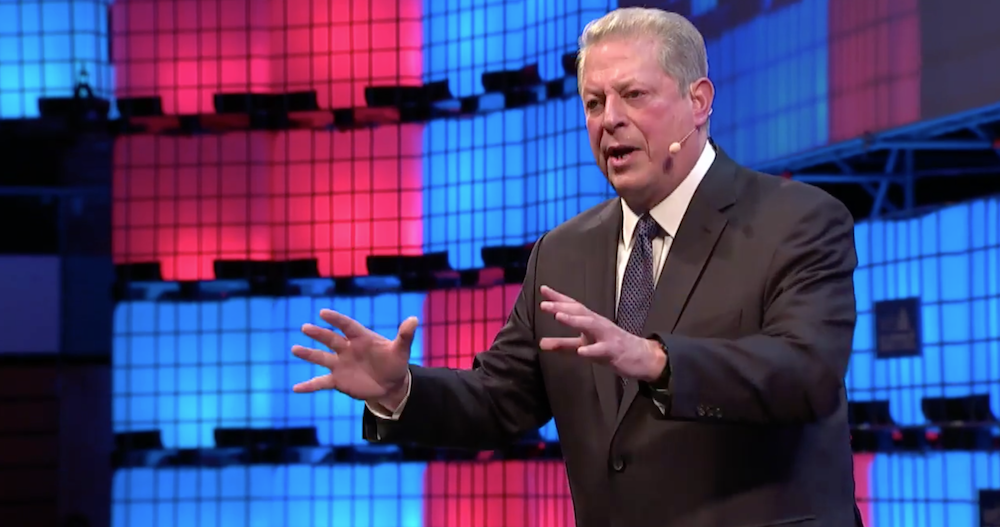 The big topics penetrated the conference as you may expect, Artificial Intelligence, tech and politics, and diversity all stood out for me. It would seem that if you did not mention AI, Blockchain, AR or Quantum Computing, you were not worthy of doing a talk. Jim Breyer was very clear on this in the conversation “Where I am putting my money in 2018”, the answer being “AI, AI and AI”.

On the topic of US politics and recent developments, I enjoyed the sessions on “Fake News”, followed be Brad Parscale being interviewed about “The Trump effect, one year on”. A difficult audience for him to talk to, as there was a notable political energy in the audience, and although not everyone was wholly on his side he did well to make his points. As did Alexander Nix from Cambridge Analytica, who many believe were a large force behind the US elections and Brexit. I found it refreshing to hear the story from their side of things, especially in the modern environment of social media where everyone seems to be in a echo chamber of their own opinions.

There was a big diversity focus this year in Web Summit, with attendees from 170 countries around the world. 42% of the attendees this year were female, with thanks to their Women in Tech initiative, and amazing talks on diversity problems, and sexism in the valley.

I also enjoyed “The true meaning of risk” by former NASA astronaut Mike Massimino, his appearance at “Exploring New Frontiers: Space, Artificial Intelligence, and the Future” and the Q&A session with him. It was truly inspirational to hear those talks and see Mike Massimino’s passion an hard work pursuing his career as an astronaut.

If you want to see any of the talks for yourself, most of them have been uploaded to the Web Summit Facebook page, and you can see what was happening and when over on the official schedule page.

And For Next Year?

I thoroughly enjoyed my time at Web Summit, and I will most certainly go again if I can.

If I have any constructive criticism of the event, it is that it was just too busy! Some investment needs to be made into better crowd control, and timing of the talks. It seemed to take a lot of time to move between sessions, and most were disrupted by the constant streams of people arriving and leaving. For me, five minutes grace between talks would have gone a long way, as there was definitely missed content due to all the people movement.

We could have done with a little better UX on the mobile app as well, as it was a little slow and would always reset your place when scrolling though the lists of hundreds of sessions you’re trying to navigate. Oh, and we need more food trucks, some folks were even in the local news for having to wait in line 2 hours to get some sustenance!

Lisbon was a great place to host this event, we found the transport and accommodation in the capital to be very affordable, and the taxi drivers are a lot of fun! After each night there was a sunset summit, where you could try Portuguese food and drink, and various Night Summits. If you get a chance to go next year, I would say you should most certainly go, whether you work in finance, marketing, tech or just want to see the latest and greatest, there will be something for you.