We recently upgraded our test infrastructure backend to MongoDB 4. We were expecting to see a small but significant performance boost, and we got this… for most requests!

Strangely, and apparently at random, certain requests were taking as much as thirty seconds. Our average request times were all over the place: 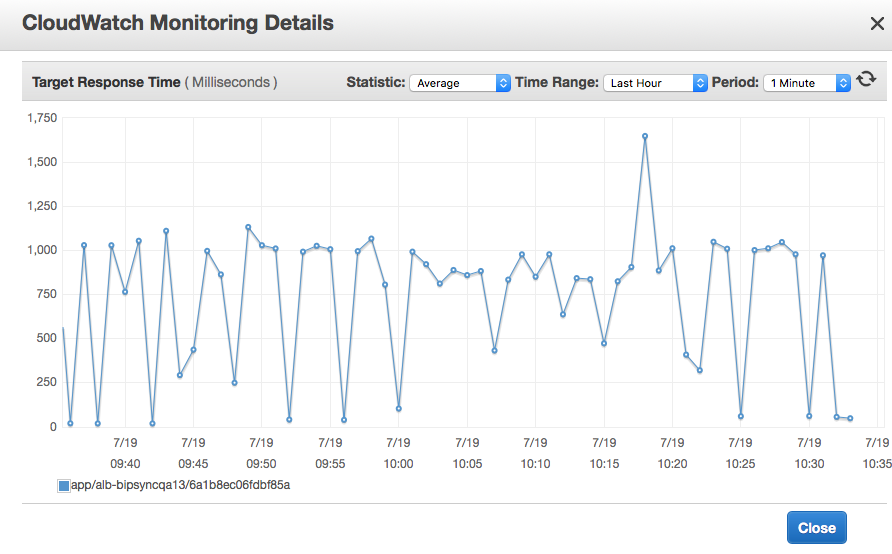 Several people from our development and systems administration teams got stuck into finding the cause, each approaching the problem from a different angle, or axis.

We use end-to-end decryption. We wondered if the problem was related.

We bypassed the load balancer and configured a single node with a public IP address.

Axis 1: Checking an endpoint with Siege

We focused in on the problem by using Siege to hit the same application endpoint over and over. This showed a strange pattern:

The odd response times are in bold.

Our testing installation was running in Amazon EC2. We loaded our load balancer logs into Amazon Athena and this enabled us to query them: 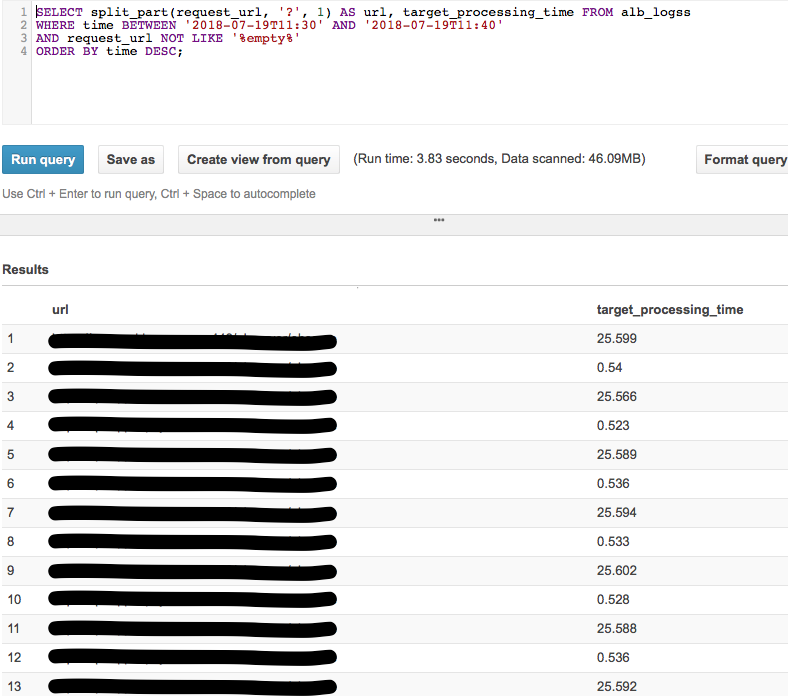 Having established that something was causing a delay, we looked into our database queries. Perhaps some queries are not so efficient in MongoDB 4? Mongo’s “Slow Query Log” came in handy here.

On starting MongoDB, its shell recommends XFS and a couple of system settings for best performance:

Mongo recommendations are displayed on start-up.

We didn’t think this would help all that much for this lightly used internal test installation (see this article from DZone), but we switched to XFS and implemented these settings. We re-ran our Seige tests and saw no significant improvement – certain requests were still incredibly slow.

We suspected some parts of the application could be the cause of the issue, so we checked various parts of the system such as session handling, process pool configuration, memory limit and timeout settings.

It occurred to us that perhaps the installation we had built had some unknown problems. We checked all the network routes, security rules, firewall configurations – everything we could think of. It occurred to us that maybe the issue was data related. So, for comparison, we then stood up a completely new cluster which contained no data at all, and ran Seige against it.

We stopped our Mongo replica set and restarted the primary as a standalone instance.

Since replica sets are integral in our ability to guarantee redundancy in our system and 99.9999% uptime, we had to discover why they were introducing delays in our response times.

We removed the arbiter out of the mongo cluster. Arbiters are members of a replica set which don’t function as databases – they’re only present to facilitate the replication process.

We converted the arbiter into a regular database node.

We opened up a firewall rule so the arbiter could communicate with the application servers.

With this clue in hand, we found the following information in MongoDB’s specifications:

Second, Mongos 2.6 does not monitor arbiters, but drivers MUST do so. It costs little, and in rare cases an arbiter may be the client’s last hope to find the new replica set configuration.