The Bipsync Research Management System is now on release 137. While this release contains a number of improvements and fixes, we’re most excited about a technology upgrade that has resulted in performance improvements across the board.

Almost every software product is underpinned by numerous programs and libraries, and Bipsync is no exception. Over the summer we’ve focussed on upgrading our dependencies to ensure that we’re running the latest and greatest versions of things like PHP, Mongo DB, and Elasticsearch.

This is important for a number of reasons, including ease of product development and ensuring we can continue to attract talented technical hires. Critically though, it results in a measurable impact on Bipsync’s performance, right through the stack.

By upgrading MongoDB we have improved the performance of our database reads and writes, as well as improving the reliability of data replication, which underpins our data protection and disaster recovery solutions. 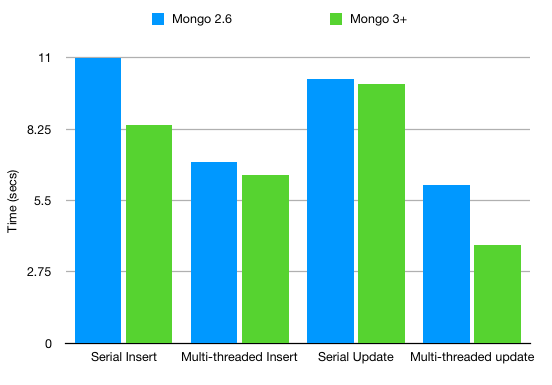 Comparative performance between Mongo versions, when tested with ~16000 documents.

This has the effect of reducing the latency of all network requests to the Bipsync app, which makes it much snappier to use. This effect is further enhanced when taking in to consideration the performance improvements from adopting the latest version of PHP: 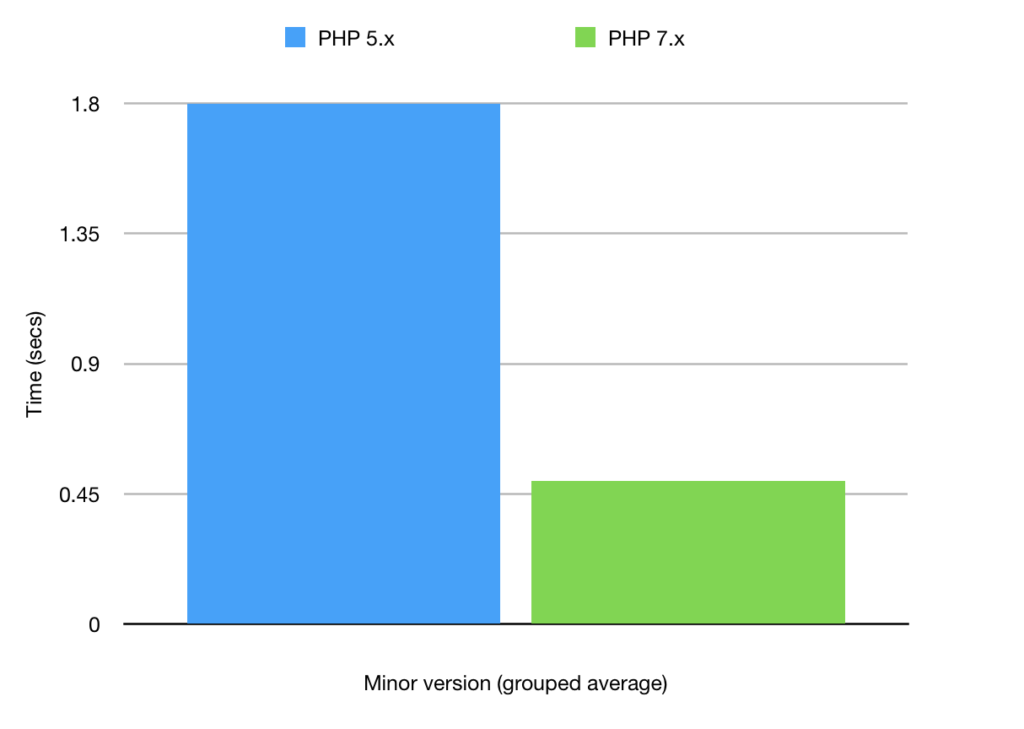 Overall our clients should find Bipsync behaves much quicker, and we can’t wait to leverage some of the new features in the upgraded platform to deliver an even more compelling product.