The Bipsync Research Management System is now on release 114, with a number of updates and improvements that include:

In release 107 we introduced an improved spellchecker engineered to be more reliable and consistent. Since then we’ve focused on the efficiency of the tool, and in this release users will see a noticeable improvement in its speed.

Spelling mistakes are now highlighted quicker, and suggestions returned faster. These improvements mean the spellchecker is far more efficient when dealing with particularly long notes, or those that feature many spelling mistakes.

If you don’t have the new spellchecker enabled yet, head to Settings > Preferences > Note spellcheck. 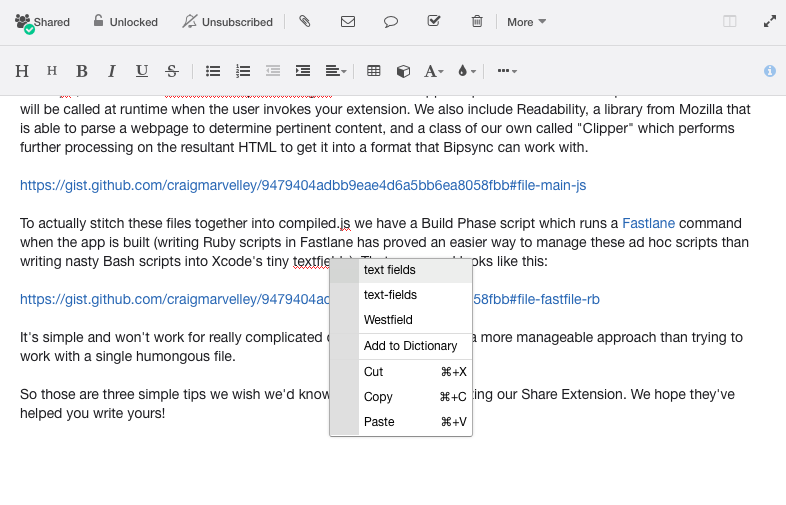 In response to a customer request we’ve added a number of improvements for note comments in this release, including:

Improvements to the Bipsync Compliance App in this release, include:

Please get in touch with your questions, suggestions and feedback.